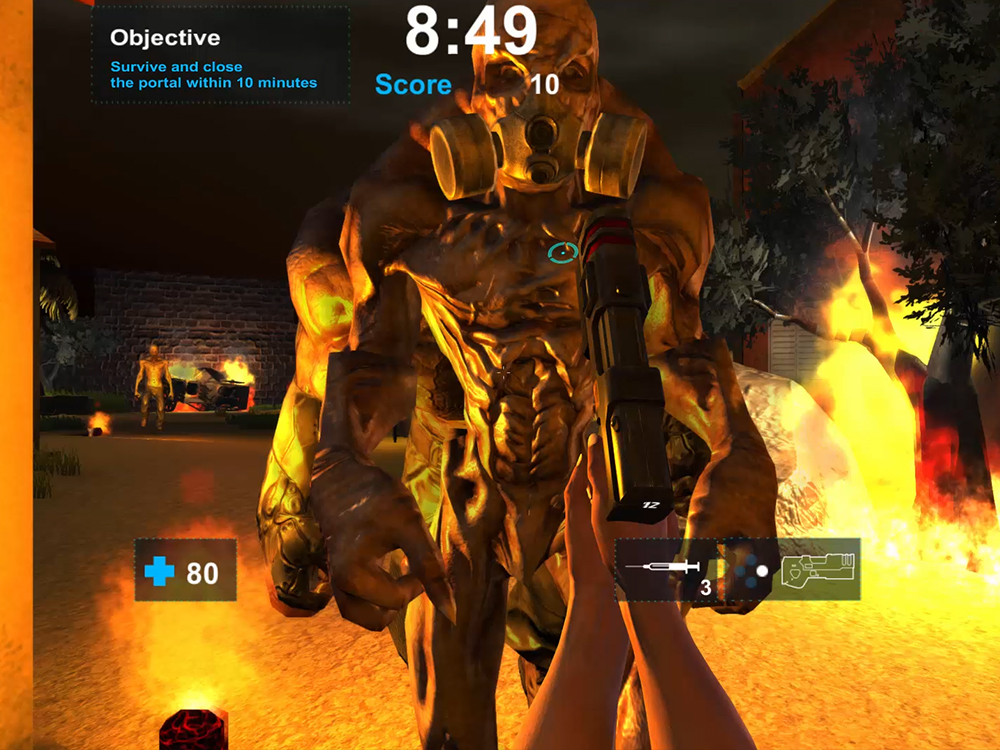 D.U.K.E Zombie Breakout VR Game is the first-ever Malaysian’s Virtual Reality First Person Shooter (FPS) game that does not use any controller. By combining advanced motion capture technology like Kinect and Leap Motion, the player will have the freedom of experiencing the immersiveness of the Virtual World, and control the movement just by using their body and hand gestures.

The game revolves around the post-apocalyptic era where humanity is on the brink of annihilation due to the massive invasion of zombies and mutants from another dimension. As one of the elite soldiers of Dimension Ultimate KEeper (D.U.K.E), your job is to eliminate the invading army while destroying the portal that connects both realms.