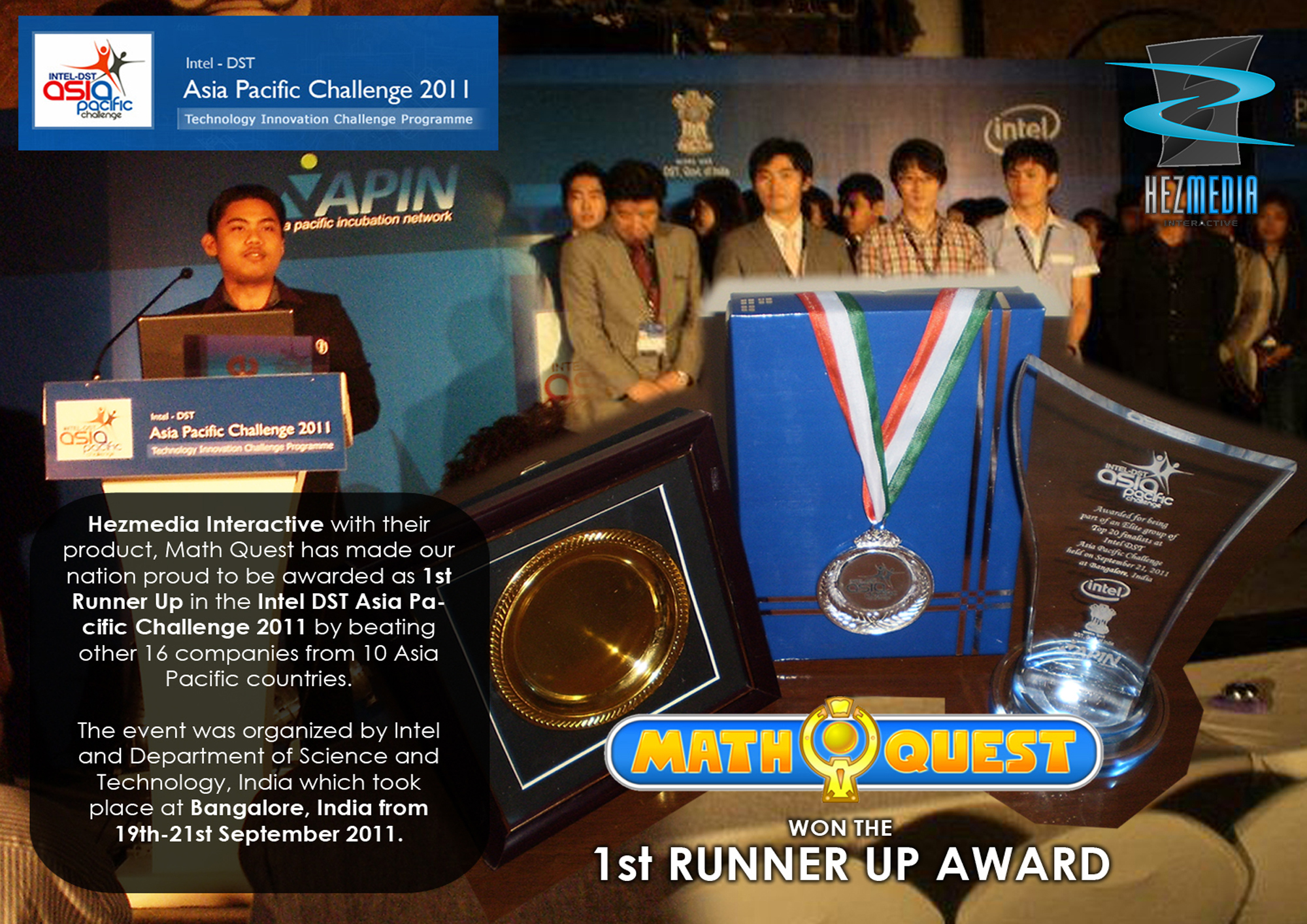 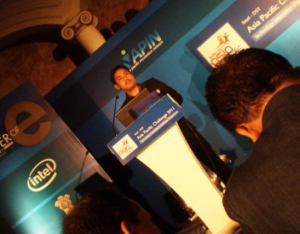 Hezmedia Interactive with its product, Math Quest has made our nation proud to be awarded as 1st Runner Up in the Intel DST Asia Pacific Challenge 2011 by beating other 16 companies from 10 Asia Pacific countries. The event was organized by Intel and the Department of Science and Technology, India which took place in Bangalore, India from 19th-21st September 2011.

It is a competition for High Tech, High Growth technology innovations in specified themes across 10 Asia Pacific Countries, the winners of which will get an opportunity to showcase their projects at “Intel Global Challenge at UC Berkeley. The winners are the Japanese team led by Eiichi Yamaguchi won the first prize for its portable UV index sensors and their networking systems. Joshua Rueben Go Aragon and Laurence Erich Chiang Co of the Philippines won the second prize for their design and fabrication of a jointed articulating laparoscopic tool. Malaysian’s representative, lead by Mohd Hezri Amir however won the third prize for his MATH QUEST game, and yet very proud to make  Malaysia as top 3 contestants in the competition and manage to give such a close competition to the top 2  winning teams.

“We believe that technological innovation is the driver of future economic and social success. With this initiative, Intel seeks to be an accelerator of innovation and entrepreneurship amongst incubators and technology start-ups in the region,” said Dr. Praveen Vishakantaiah, Intel India President. 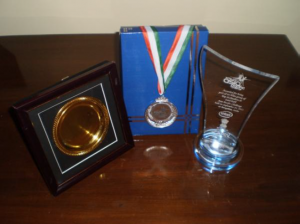 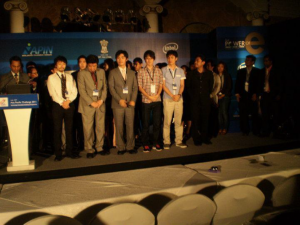